The Journey of Marble 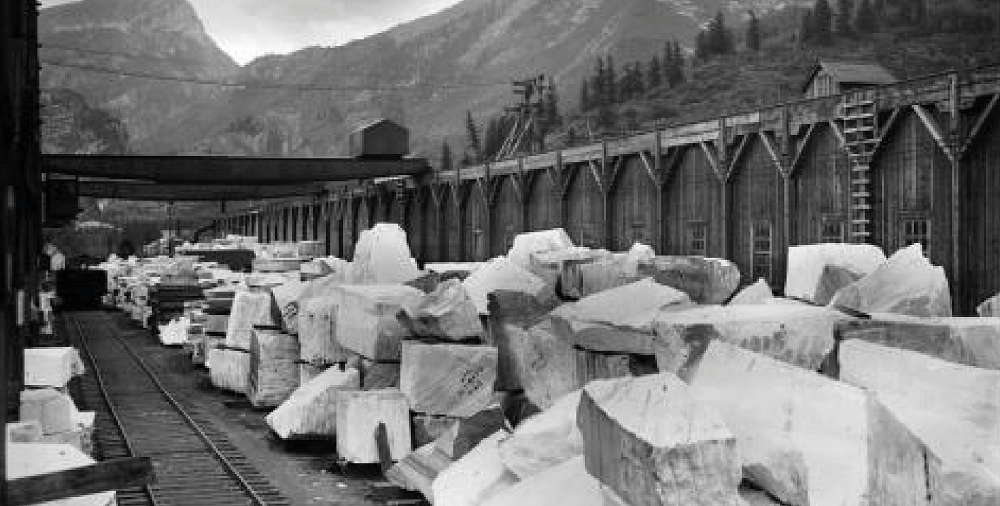 The Journey of Marble

Have you ever paused for a moment, while walking on the marble floor in your home or preparing a dish on your kitchen worktop, to wonder about the miraculous journey of this “white, shining stone”, before it adorned your living room? Probably not. Historically speaking, marble was mined by the ancient Greeks and has also been used to make some of the most impressive and beautiful monuments across the world, including the Parthenon and the Taj Mahal. It is not only known for its innate beauty, but also for its ability to bear immense weight and be moulded into any shape.

Marble (originated from Greek word ‘marmaros’) is a metamorphic rock formed when limestone is subjected to extreme heat and pressure under the Earth’s crust. The first step in the mining process is locating a potential quarrying site, following which geologists search for an exposed marble bedrock to locate a potential vein. Once the marble has been located, diamond-tipped drills are used to take samples, which are tested for expected quality and purity. Thereafter, the mining company applies for the required licenses from the authorities concerned and this process could take months or years, until the paperwork is completed.

On getting the approval, the actual work begins - roads or bridges are constructed and after several weeks or months of digging, in order to gain easy access to the marble, wire cables and drills are used to cut large chunks out of the bedrock called the “bench wall”. These are then loosened from the side of the quarry and cut into uniform blocks depending on the intended purpose (tiles or marble slabs). Once sanded-resin is often applied to fill in cracks in the surface of marble (Marble Italia ® does not apply Polyester resin for treatment of slabs manually), checked and packaged carefully, here begins the long, arduous journey of the marble from the quarry to the distributor. Hence, an extraordinary amount of planning and hard work goes into getting the marble from the quarry into full production.

Marble Italia® sources stones from 16 countries, from the world’s best quarries, for the finest, rarest & most exotic natural stones to inspire modern architecture. The marble blocks are transported in the form of huge, square shaped blocks, which ensures smooth edges and better waste management, when large supplies have to be made to the customer.

Marble is a soft stone and to make it stronger, a 2cm thickness is maintained (based on an Italian method followed by Marble Italia) which makes it more durable. Hence, at Marble Italia®, the directors of the company themselves go to the quarry for quality inspection of the marble and their personal involvement is one of the many factors which makes it stand out among its peers. All slabs supplied by Marble Italia® is Epoxy* induced and reinforced using S.E.I inducement technology from Italy. Epoxy is a transparent filament on the surface of the slabs-unlike polyester resin, which makes the character and defects on the slab, if any, invisible. Epoxy reinforcement/inducement helps in increasing abrasive resistance, enhancing density and reducing porosity.

Marble Italia® aims to provide customers the best quality processed marble that not only spells luxury, but also stands the test of time. In its state-of-the-art marble gallery, which is also a first-of-its-kind in India, engineered quartz from TechniStone and semi-precious stones to Mother of Pearl, among other exquisite stones are on display. So, the next time you think of marble, think Marble Italia® and the unique journey of its magnificent stones.

*Test report with comparative results between GP resin treatment and Epoxy reinforcement using S.E.I can be provided on request.

Are you ready to makeover your home?